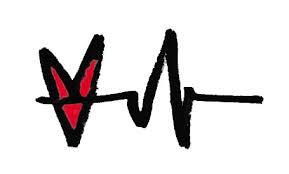 Today I had my final test for my heart – a treadmill stress test with an echo cardiogram. This was good as it took care of my daily run (which I missed yesterday – drat!)

I guess I wasn’t supposed to go swim 2500 yards before I took the test but oh well… I had and we just had to deal.

There is something important they don’t tell you about these treadmill tests. Something that cannot be true if you are doing a V02 max test at a sports clinic. Something that would ONLY happen in a doctor’s office when they are doing the test for the purpose of ruling out a disease condition.

They made me run on a treadmill with no bra. NO BRA!

It was a first for me, running along with the twins bouncing like a pair of bobble heads in a car’s back window. Now I happen to be fairly flat chested so it wasn’t a huge deal but I looked at the tech and said, “How in the world does this work if you are a C cup?” The mind boggles – more than the boobs did.

They start the treadmill out kind of slow but on an incline. Every 3 minutes they up the speed and the pitch. By the 4th increase I wasn’t running as fast as I could but I was holding on to the bar for dear life lest I go tumbling backward ass over tea kettle. Not fun. She finally told me I was at 100% (of what I have no idea) and asked me if I’d had enough. I said if it was 100% for her it was good enough for me. My heartrate was at 170 and I know I can push it higher but I was ready to stop. I had to exit the treadmill and wobble over to the examining table and lie on my side as fast a possible so they could get another echo shot. I had visions of me twirling and pitching, knocking over aluminum trays and causing computers to crash to the ground but it didn’t happen – I made it.

Conclusion – I have no problems. None. I got back my blood work and my cholesterol is great in all the right places. I am one healthy specimen and for that I am quite grateful. It makes celebrating life through athletic competition seem a whole lot less insane and I feel safe now – completely safe. I’m also just rocking my bra – it never felt so good.

This entry was posted in Health. Bookmark the permalink.

14 Responses to And In Conclusion